I have been known to talk. Here, we’ll see and hear where I have done so with the media. 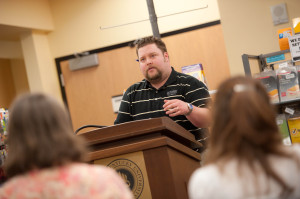 The Advocate: How did you come to find and want to write about Chris Kanyon?

Ryan Clark: I was a journalist for a local paper in Kentucky and I was going to cover a speech given by Chris, and this was National Coming Out Day, either four or five years ago, I can’t remember. We had heard in the paper that this guy had an interesting story, so we decided to cover the event for that day. I’ll tell you what, I sat there, and I am not a wrestling fan per se, and I’m not gay, but it was such a good story that I didn’t want to let it go. I felt like it could probably do a lot of good for a lot of people. I approached Chris and I asked him where his book was, and he kind of laughed, and said, “Well I’m working on a few things but nothing concrete.” So I gave him my business card and told him I’d like to throw my hat in the ring. So I wrote the story for the newspaper and I talked to his manager. And over the course of the next several months we kind of came to an agreement and it kind of went from there.

From the Scripps Howard News Service:

Ryan Clark interviewed about Wrestling Reality and Chris Kanyon
Publication:  Scripps Howard News Service
Review date:  10/20/2011
Reviewer Alex  Marvez
Full interview
In an interview with Alex Marvez, Ryan Clark discusses what it was like working with Chris Kanyon on Wrestling Reality. “‘When I listened to Chris speak I thought his was an amazing story that anyone could identify with,’ Clark said in a recent telephone interview. ‘At some point in our lives, we’ve all been outsiders or had that feeling of not belonging.'”

From the Cincinnati Enquirer

Local writer knows a good story when he sees it.

From The Courier-Journal on 100 Things: 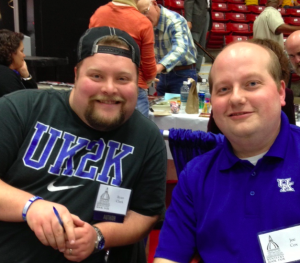 From the Enquirer on Fightin’ Words:

From The Paducah Sun on Fightin’ Words:

Larry Vaught of the Danville Advocate-Messenger on Fightin’ Words: