The legend of Worm and Willie: NBA player Cauley-Stein and his best buddy enjoy a grand adventure 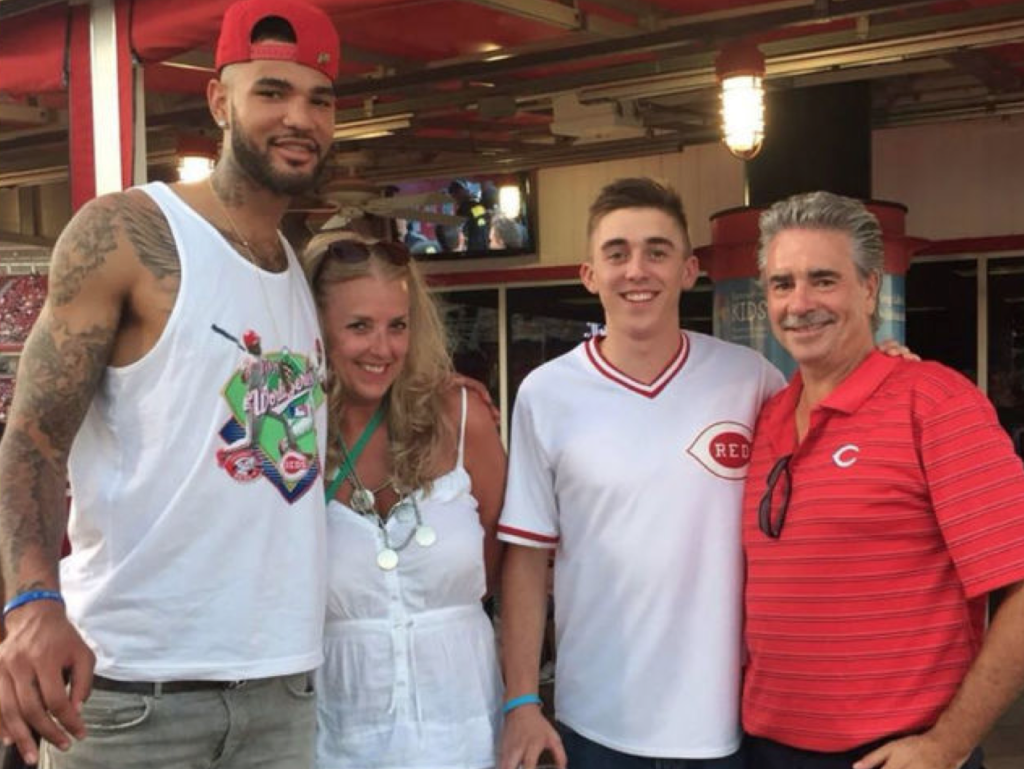 LEXINGTON, Ky. – The day started out like any other.

Conor Crowley got up, made his way to his stats course at the University of Kentucky, and settled in for another predictable week as a college student.

But at the start of class, Willie Cauley-Stein broke his attention. Of course, that wasn’t really out of the ordinary. Cauley-Stein was a star on the Kentucky Wildcats’ renowned men’s college basketball team. He’s 7 feet tall, covered in tattoos and comes from a small town in Kansas. In other words, he kind of stands out.

But on this day, Crowley, a Highlands grad, noticed his classmate’s choice of footwear.

“He was wearing Air Jordans, but they were just like mine,” he said. “It was cool just noticing we had on the same shoes.”

By the time class was over, the pair had introduced themselves and realized they had more in common than their sneakers.

“He just seemed like a really sincere person,” Crowley said. “He was someone you wanted to be friends with.”

Little did Crowley know, the friendship would lead him to a job, which would then lead him to all corners of the planet — as well as to the NBA.

“It’s never something I thought would happen in a million years,” he said. 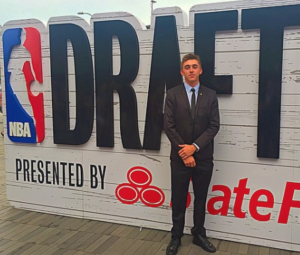 Conor Crowley grew up in Fort Thomas, playing hoops in the yard against his parents and older sister. By the time he attended Highlands High School, he was a sweet-shooting 6-3 guard, with the ability to score in bunches. (He once went off for 27 in an overtime loss vs. NewCath).

He wore No. 3, just like the character “Worm” in the Samuel L. Jackson movie Coach Carter – which is precisely why everyone started calling him Worm.

The plan was to go to Cincinnati and try to become a walk-on on the basketball squad. But when Crowley was told he’d have to wait a year or two for a spot to open up, the plan changed. He transferred to NKU and saved his money, with the idea to go to Kentucky, where other friends had gone.

A year later, he was in Lexington, majoring in marketing and minoring in communications, with the goal of returning home to work for his father’s public relations firm.

Ultimately, everything would change again.

“We just started talking, and he was just an honest guy,” Cauley-Stein said. “Then we started hanging out, and I knew it could be a great friendship.”

Suddenly, they were inseparable — even though they were different in every way, from race to height to geographical upbringing. They were playing video games, going to parties and studying for tests together. Crowley became well known on UK’s campus — and he always went to games to cheer on his friend and the Wildcats.

By Cauley-Stein’s junior season in 2015, he had helped lead his Kentucky team to a 38-1 record and a Final Four berth, and he was named a first-team All-American and the National Defensive Player of the Year. He decided to forgo his senior season and enter that year’s NBA draft, which would make him an instant millionaire.

There was just one other thing: He wanted to hire Crowley and bring him along for the ride.

Jay-Z on the line

The day after the Wildcats’ 2015 season ended with a Final Four loss to Wisconsin, Willie and Conor drove to Fort Thomas and presented an idea to Conor’s parents, Pat and Pam Crowley. Wherever Cauley-Stein would go, Crowley would follow. Cauley-Stein offered him a job to be his manager, and Crowley couldn’t turn it down. But, he wondered, with a year of school still to go, what would his parents think?

“You have to jump on opportunities,” said his father, Pat Crowley. “Conor is close to graduating, and we know he will because he promised his Mom he would.

“You could tell (Willie) and Conor were close,” he said. “(He’s a) very nice, laid back, polite kid. The more we’ve gotten to know him, the more we like him.”

It was settled then. Crowley would turn pro alongside Cauley-Stein. Graduating college would have to wait.

Before the NBA draft, sports agents began calling, wanting Cauley-Stein to sign with their companies.

“They flew us out to Los Angeles to recruit Willie,” Crowley said.

But one person’s call really made them pinch themselves.

“We’re there in California, and the phone rings,” Crowley said. Cauley-Stein answered.

He wanted Willie to come to his house for a visit. 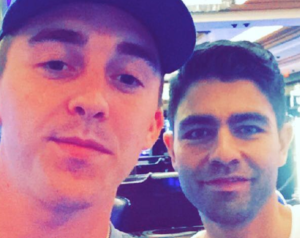 That day, they were invited to Jay-Z’s house. Hours later, Cauley-Stein agreed to sign with Jay-Z’s entertainment management group Roc Nation, which represents stars from sports to music, like Kevin Durant and Rihanna.

The pair stayed in Los Angeles for 35 days, while Willie worked out to get ready for the NBA draft, living in hotels alongside other UK stars like Devin Booker and Karl-Anthony Towns.

By that point, Crowley had signed as Cauley-Stein’s manager, which meant he would handle all aspects of the player’s life, from his public relations to his money.

“In this business, it means so much to have someone you can trust,” Cauley-Stein said. “I knew early on I could trust him. He’s a good judge of character, and he tells me what he thinks. I’m lucky he’s with me.”

The pair went to New York City for the 2015 NBA draft, where Willie was chosen with the sixth overall pick by the Sacramento Kings. It guaranteed him a reported annual salary of almost $4 million per year. Willie and the Worm were headed back to California.

“We celebrated,” Crowley said. “There were already Kentucky players there in Demarcus (Cousins) and Rajon Rondo, so it seemed like a good situation.”

And it was. Cauley-Stein made the second-team All-NBA rookie squad, averaging 7 points and 5.3 rebounds per game. He impressed teams with his defensive skills and showed an improved offensive skill set.

During the season, Willie and the Worm live in a mansion in Sacramento formerly rented by Eddie Murphy. Crowley travels with Cauley-Stein to most of the away games, and in the off season, they live in Los Angeles.

“Traveling was always something I wanted to do, so this is great for me,” Crowley said. “At one time we were in New York, L.A. and San Francisco all in one 10-day stretch.”

“This was what I was going to school to do,” he said. “I’m learning on the job here. I’m scheduled to finish school in the spring, and eventually I’d like to become an agent.”

And while he knows how lucky he is, he also knows that you must take advantage when opportunity knocks.

“Some call this all luck,” he said. “But I got an opportunity, and I took advantage. Willie and me, we’re a team. We depend on each other, and we’re ready for a long, successful ride.”

This year they were able to bring Conor’s parents out to Sacramento, where they all played hoops, took their boat out to the lake and played with their dogs.

“You forget these guys are still in their early 20s, and in a lot of ways they are just regular guys, playing video games and just being young guys having a good time,” Pat Crowley said.

This summer, the pair were selected to go on a goodwill trip to China. They visited the Great Wall, and they were able to see how basketball is becoming a larger part of the Chinese culture.

“That was incredible,” Cauley-Stein said. “It was so out of my comfort zone to go there, and to see what we saw, and to bring (Crowley) along for the journey.”

The pair don’t see their story ending anytime soon. Last week, Sacramento exercised its third-year option on Cauley-Stein’s contract, which means he will be in the NBA for at least two more seasons — probably for much longer than that.

For Crowley, that means enjoying the ride. He wants to graduate school. He wants to keep learning to one day be a sports agent.

“I never thought I’d be doing what I’m doing and seeing what I’m seeing,” he said. “This is already a dream come true.”