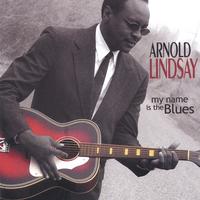 In fact, I like to keep a list of albums that have changed my life – at one point or another. I’m constantly updating it.

The music on my phone is an eclectic mix of Bluegrass, Electronica, Alternative and yes, World Beats. From rock to rap, I love more than I don’t love.

Back in 2005 I was even lucky enough to work with my then-colleague Arnold Lindsay as he made his first album, a collection of blues songs. I played guitar on a couple of tracks and contributed a song – Rainin’ in the Delta.

The song came from a scene I’d witnessed while working as a newspaper reporter, covering the funeral of a Mississippi National Guardsman up in the northern part of the state.

Here it is:
Rainin’ in the Delta

Then there was also the great band from Western Kentucky University, The Kings of Hanging On, featuring yours truly:

How much I love you